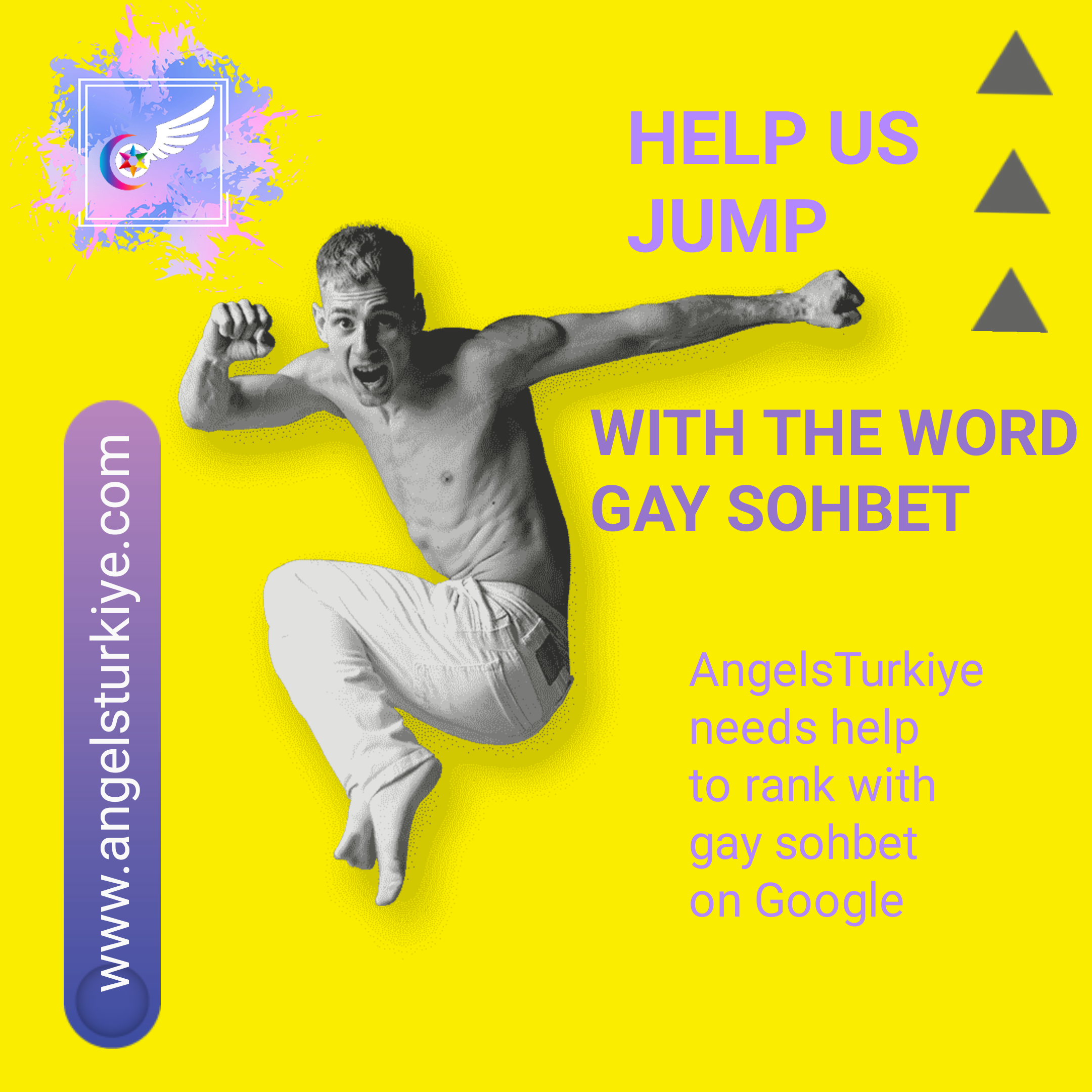 Being on top or at the bottom with Gay Sohbet? That’s the question ?

Being at the top? Is that really what matters the most? When the question is Google’s recommendation in return of people’s search criteria, Yes!

I have decided to express my self in English more often. So that I could give you the info about what’s happening on the seo side of the project of which I am trying to introduce to people. Yess… that’s a small startup but worth trying
It’s not a surprise I write introductory articles containing the keyword gay sohbet in my blogs and ı am not stacking irrelavant words right into the text copied from others blog’s women categories..,? İ write really authentic content

When you ask people about how to rank with a keyword on Google, they keep preach about being authentic in terms of content.  But many people have really tried and faked Google and it’s search rankings. Google was really manipulated. The thing is, people did that manipulation for a keyword that nearly no one but escort agencies produced content. So as result copy paste content tucked with the keyword got a rank

And what people ranked and manipulated Google was the word “travesty” (asa : travesti in Turkish)  And it worked 🙂 many escorts subscribed those web portals just because they were on the top. And that’s quite reasonable. Now what i need is the same; I mean ranking with the word gay sohbet.

To make it clearer let me tell you that the word gay sohbet is one of the most Googled keywords in Turkey. And the websites having their position on top are actually getting the most out of it. They all have the visitors. And if also they had an AdSense account like AngelsTurkiye gay sohbet what amount of income would they get?. As the initial goal, What we need for our community is to be on top with gay sohbet or similar keywords. And many web site audit platforms indicate that these are not difficult words to get a rank with google or the others…

That’s good thing but still our site is not getting a considerable ranking. One of the main reasons why I write this blog in English is to increase the potential ranking possibility with the targeted words. Amd of course more people would understand what I am intending to do. İ am even not sure if ‘ranking with the keyword gay sohbet’ would have a massive impact with my AdSense earnings…  But i need to make and see the results. At least i think ı can make the money for the cost of VPS

And of course this WordPress blog is only a small part among many other blog projects of mine. İ also create authentic content with blogger and Tumblr as well

I mean I have many Tumblr, blogger and Pinterest accounts to get visitors and promote the newest gay chat app ( gay sohbet) especially in İstanbul and all around Turkey. Would you pls kindly repost, give credit, write a comment or anything related to what to do in terms of getting better rankings with my keywords or even a descent insight related to key word gay sohbet ? May be you would like to give a baclink I would appreciate that. By the way if you like to see the content we have created pls check https://www.stories.angelsturkiye.com

Alternatively, I added other keyword strategies that I consolidated from different Tumblr and blogger blogs that have the words gay sohbet in their domain names and wrote different content for them as well. Considering all ı have written Any piece of information would make great use ?? Thanks for reading